Ridge Policy Group, a top DC lobbying firm, prepares for a busy September. Congress is set to reconvene for a quick sprint here in September after a long district/state work period this August. The Senate returned to work earlier last week. The House of Representatives will be back in full this week to kick off what will be an eventful September of session. There are several major items that remain on the docket that Congress still needs to pass. Their top priority will be stopgap spending to keep the government funded. Congress must pass to keep the government running after the Sept. 30 end of the fiscal year.

Additionally, the White House is seeking $11.7 billion to aid Ukraine, $22.4 billion to fight Covid-19, $4.5 billion to combat monkeypox, and spending for other items, which they hope will be attached to a stopgap spending bill. We look forward to helping our clients get represented in this up-and-coming session.

While stopgap spending bill will take center stage so Congress can avoid a government shutdown, there are several other legislative priorities that could get rolled into the package. One of which is the annual National Defense Authorization Act. The legislation sets Pentagon priorities and authorizes, among other things, troop pay raises. Along with the NDAA, it remains to be seen if Congress will take up antitrust legislation. This would be the most significant piece of legislation aimed at the tech giants to pass Congress after years of inaction.

Democrats also will look to capitalize on their thin majority by trying to pass some of their promised social legislation starting with Marriage Equality. Democrats have proposed legislation to protect same-sex marriage rights. This legislation has the backing of some Senate Republicans, including Susan Collins of Maine and Rob Portman of Ohio. Democrats are quietly appealing to other Republicans to get the 60 votes needed to pass in the evenly divided Senate. Language on religious liberty and conscience protections can be expected as part of the outreach to the GOP. Polling now strongly favors marriage equality, potentially giving Democrats a wedge issue if Republicans block the measure.

They are also looking to pass a long-awaited Marijuana banking legislation. With limited time ahead of the midterms and Democrats not united behind one plan, legislation aimed at legalizing financial services for marijuana firms and related items could see a final push. This would mark a major step forward in the declassification of the schedule one drug. This approach has been met with opposition within the democratic party as some members think it would be wrong to let financial institution make money off a commodity that has people still serving time in prison for its distribution and use.

Finally, Senator Manchin and fellow Democrats could attempt to attach sweeping permitting legislation added to the stopgap bill, but it will require the backing of at least 10 Senate Republicans. This could be a challenge since many Republicans are upset with the Senator Manchin for singing onto the health and tax package. The bill’s fossil-fuel provisions could also face resistance from some liberal House Democrats. This bill is not yet finalized might advance fossil fuel production and renewable energy projects.

With many things still up for debate, RPG, a top government affairs firm, is excited to help their clients’ priorities be represented in Congress this Fall. Should you need help to support your government affairs goals, please do not hesitate to reach out. 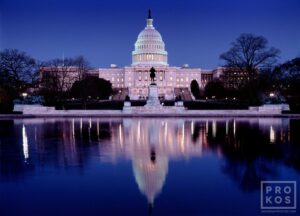