Last year, Congress succeeded in passing the Traumatic Brain Injury (TBI) Reauthorization Act in December 2018. In a rare circumstance, the health care of millions of Americans was not decided based on political party. It was a massive victory for Americans living with brain injury and their families.

This was in part due to the advocacy of the National Association of State Head Injury Administrators (NASHIA). NASHIA takes to Capitol Hill every year. They meet with members of the House of Representatives, the Senate, and the Administration. Other related groups hold similar meetings. Their combined efforts make up Congressional Brain Injury Awareness Day. Ridge Policy Group is proud to support NASHIA in their advocacy efforts.

Despite the success of the passage of this bill, there is still a lot of work to do. The problem of “hidden” brain injuries continues to affect millions of people in the U.S. each year. There is a lack of understanding regarding the causes and impact of brain injuries. This often prevents those who have suffered from a TBI from getting proper help.

What is a brain injury? An Acquired Brain Injury (ABI) is an injury to the brain that has occurred after birth. This includes TBI, stroke, blood clots, near suffocation, and increased pressure or infections in the brain. Causes of ABI include near-drowning, intimate partner violence that includes choking, and opioid overdose.

A TBI, or a traumatic brain injury, is a type of ABI. A TBI is caused by a bump, blow, or jolt to the head. This causes some kind of damage to the brain or parts of the brain. Common causes of TBI include falls, motor vehicle accidents, sports-related incidents, and exposure to Improvised Explosive Devices (IED). Because of the last item, many members of the military suffer from TBI. A TBI is beyond a skull fracture but impacts the normal activity of the brain.

Brain injuries are extraordinarily common and can affect anyone. You very likely know someone who has suffered from some type of brain injury, even a mild TBI. The Centers for Disease Control and Prevention (CDC) has studied TBI-related events. They found that there were approximately 2.87 million emergency department (ED) visits, hospitalizations, and deaths in the United States in 2014 related to TBI. Though anyone can suffer from TBI, children and older adults are the most at-risk populations.

Recognizing the signs of a brain injury is the first step. Many people never get tested or it takes days or weeks to identify a TBI. Beyond recognition, providing the proper supports is necessary for helping this vulnerable population. Without them, they can’t live as productive or happy lives. Similarly, brain injuries can lead to mental health and addiction issues. This brings people living with “hidden” TBI’s into the criminal justice system or puts them at risk of homelessness.

In 2014, there was a study of newly admitted adolescents to the New York City jail system. It found that 49–50 percent of juveniles had a history of TBI. The estimated prevalence of TBI in the offender population, based on studies in the U.S. and Austria, is between 80–97 percent.

There are also studies of those with an early childhood TBI. They are found to be three times more likely to have an alcohol or drug dependency. Opioid misuse and brain injury are frequently co-occurring conditions. The opioid crisis, which was declared a public health emergency in 2017, often affects those who have suffered from a brain injury. It also puts them at risk of suffering an additional ABI.

The passage Traumatic Brain Injury (TBI) Reauthorization Act of 2018 made great strides to provide funding for TBI related research and support systems. But there is still a necessity to raise awareness of the causes and effects of TBI and ABI.

Individuals impacted by brain injury can live with a myriad of physical, cognitive and neuropsychological challenges. This can affect their ability across all aspects of home, work, and community life. It is important to remember this when advocating for those living with brain injuries.

Supporting organizations such as NASHIA, the Brain Injury Association of America, and the United States Brain Injury Alliance are helpful. Their quest to supply information and funding to assist those living with a brain injury and their families is important. Spreading awareness and factual evidence is another important step.

I remain optimistic about our progress and the future of brain injury related legislation and funding. Together, we can do our part to support the millions of Americans who are affected by brain injury every day.

This post was written for Ridge Policy Group by Rachael Edmonston, our intern in Washington, DC, for Summer 2019. 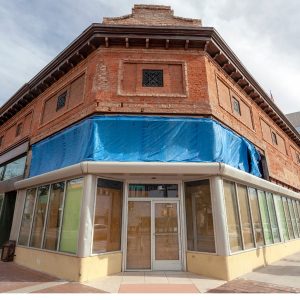 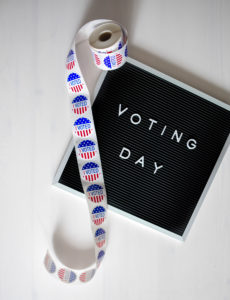 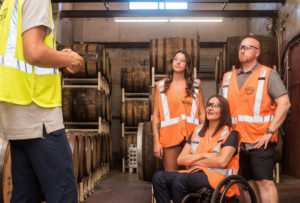