There was a time, probably junior high school, when I studied civics. That coupled with the Schoolhouse Rock cartoon, “I’m Just a Bill,” formed my young understanding of government – neat, orderly, prescribed, and planned.

What I’ve learned since then over my nearly 40 years in and around government is that it’s messy, unpredictable and, at times, maddening.  Get ready for all three in the next few months in Harrisburg.

By June 30th, Pennsylvania’s state budget is due. Even in good years, it can be a tough deadline to meet. Depending on the political and fiscal circumstances, spending needs to be increased or spending needs to be cut. Taxes need to be upped or taxes need to be reduced. Regulations need to be tightened or regulations need to be loosened. And we’re supposed to get it all done by the end of June. Some years it has happened and some years we’ve been late. Sometimes we have been very late, causing everything but essential state services to close and state workers to go unpaid.

Enter COVID-19, the deadly virus wreaking havoc across the country, forcing most of us to work from home while others risk their lives to protect the rest of us and others having to lay off their workforce.

One of the many manifestations of the coronavirus outbreak has been its effect on revenues for governments, including all 50 states. Closed shops, salons, department stores, real estate offices, and car lots have dramatically reduced sales tax payments. Dramatic, tragic, and historic unemployment has ravaged personal income tax collections. Closed manufacturers have significantly cut into corporate taxes.

According to PA’s Independent Fiscal Office, as the fiscal year enters its last month, Pennsylvania taxes are $2.2 billion under state estimates. In April alone, revenue collections were 50% below predictions. May and June will be little, if any, better. And, according to some experts, those losses coupled with projections for next year have ballooned the estimated Pennsylvania budget deficit to more than $6 billion.

Remember what I said about messy. Here it comes. The truth is we govern by crisis and we have the biggest crisis since the Great Depression.

The gossip in Harrisburg is that we may have an unprecedented two-part budget. The first, a bare-bones budget to get the state through November. A second budget would be passed after the elections to carry us for the rest of the way.

For many years, Pennsylvania has ignored a long-term, structural budget deficit. Growth in mandated spending outpaces growth in tax revenues where rates have largely remained the same for 15 years. Year after year the gap grows, filled year-to-year by one-time fixes and accounting gimmickry. This year, that won’t be possible. No amount of cutting, federal government stimulus funds, or other slights-of-hand will enable the General Assembly and Governor to meet this challenge.

Higher taxes and or new revenue will very likely be needed.

At a time of overwhelming financial peril, it’s not great for government to be reaching deeper into our pockets. But we can’t cut our way out of this without putting so many of our neighbors at risk. This is a time when government has to step up, not step back.

So where does that leave us?

New or higher taxes will not be the first answer. In much of the rest of the country as well as in Washington, new revenues and higher taxes are the third rail of politics and governing. He or she that votes for new or higher taxes puts themselves in political peril – very often paying for those votes with the loss of their offices. Remember President George H.W. Bush telling us to “Read my lips, no new taxes?” If you don’t, most legislators do. There will be hard and deep opposition in Pennsylvania’s General Assembly to new or increased taxes, in June, November, or anytime.

So again, where does that leave us?

As a history major, I look to the past for clues. How have we legislated and governed in the past when faced with similar challenges? I’d point us to 1971, when we avoided tax increases by creating the state lottery program and then in 2004, when we authorized gambling, initially in casinos affiliated with horse race tracks. Both have grown significantly since then with new lottery games, new daily drawings, non-track affiliated casinos, table games, resort casinos, mini casinos, sports betting, and online wagering.

It seems the gaming revenue sponge has been wrung dry. What’s next?

In 2016, the General Assembly approved a medical marijuana program in Pennsylvania. It’s already here. Then at the beginning of his second term Governor Tom Wolf sent his new Lieutenant Governor, John Fetterman, on a recreational marijuana listening tour of all 67 state counties to gauge Pennsylvanians support for legalizing pot. In September of last year, the Administration issued a report from the tour and offered suggested next steps. At the same time, the Governor, citing results of the tour, called on lawmakers to decriminalize the possession of small amounts of the drug. Public sentiment also seems supportive of legalization.

The groundwork has been laid.

And the new money is needed.

Early estimates put a new, legal recreational marijuana market in the state at $1.6 billion bringing at least $600 million in new state revenue. Coupled with growing revenue in medical marijuana and balancing, a coronavirus-ravaged budget gets a bit easier.

It still won’t be easy. There will be significant legislative and public opposition to legalization of cannabis. There are still federal regulatory and statutory obstacles to be dealt with by Washington and Harrisburg. And there’s an election in November that will also, regardless of the outcome, shape what happens in Pennsylvania. And even if pot becomes legal and taxable, lawmakers will still likely have to consider spending cuts and higher taxes.

Remember, we govern by crisis and a crisis is what we have. Look for some unique, unanticipated and unorthodox public policy solutions to get us to the other side of this crisis.

This Insight was written for Ridge Policy Group by Partner Mark Campbell. 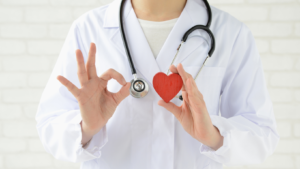 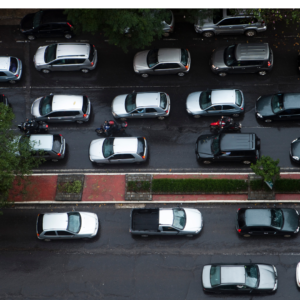 It is Time for a Federal Infrastructure Bill