As the eyes of policymakers around the world turn to address concerns in the app economy, dominant
mobile platforms continue to falsely claim that any legislative or regulatory effort to create a more
competitive, innovative, and open mobile app marketplace would harm privacy and security for
developers and consumers. As cybersecurity experts, security professionals, former government officials
and advisers, and advocates with decades of experience in these fields, we write to correct the record.

Enacting policies to provide developers and consumers greater freedom and choice will neither reduce
security on mobile devices nor increase harm to users. In fact, we believe that competition and
accountability will incentivize platforms, payment processors, and app developers to better prioritize
security. Lawmakers should therefore consider proposals such as the Open App Markets Act based on the
merits of the legislation, not scare tactics or false choices. Given the evidence, it is clear that not only
would this legislation advance competition and choice in the digital marketplace, but it would improve
security for consumers.

Apple argues against measures to increase competition in the app marketplace in part by claiming that its
app review process protects users from malware and spam. However, security on iOS devices such as
iPhones and iPads is provided by the devices themselves rather than the App Store Review process. These
devices contain numerous built-in hardware security measures including data encryption, firewalls,
antivirus protections, and a ‘sandbox’ model that limits apps’ access to the phone’s resources.1

Apple’s arguments that opening iOS to third-party app stores or allowing alternative payment processing
systems would expose iOS to malware are unfounded. In reality, opening the App Store would allow iOS
to operate just like another Apple product – the Mac. Mac desktop and laptop computers allow consumers to download and install software outside of the App Store, directly from browsers, and tout the security and safety of the Mac operating system.

Apple also argues against allowing alternatives to its payment platform, Apple Pay, for in-app purchases
by alleging that it creates a potential security risk. Once again, Apple’s argument is undermined by its
own practices: Apple allows select companies such as Amazon, Uber, and Airbnb to direct consumers to
third-party payment processors.2 However, the company fails to explain why payment alternatives on
some apps would pose security risks but are acceptable on others. Further, there is reason to believe that
competition in this space would actually enhance security. Payment processing companies would not be
in business if their services were not safe and secure. Competition would offer developers choices for their apps and drive these payment processors to provide the best customer experience, including security, at the lowest cost.

Apple and Google argue their app marketplaces are tightly controlled and must remain so to protect
developers and consumers, yet they ignore the reality that their existing platforms are filled with security
flaws. Recent reports found 204 scam apps in the App Store had been downloaded more than one billion
times from the App Store and Google Play, adding up to $365 million in revenue.

It is easy for scammers to circumvent Apple’s rules: Nearly 100,000 submissions for apps are sent to Apple each week, and reviewers spend just 15 minutes reviewing the software. Scam app developers can easily skirt app reviews by submitting seemingly innocuous apps for approval and then transforming them into phishing apps that trick people into providing their information – all before Apple even notices there is a problem.

Take for example the success of the word game, Wordle, which has skyrocketed in popularity in recent
months. The explosion of interest in the app has inspired multiple clone apps, which made it past Apple’s
review process, allowing scam applications to be installed on user devices. Many of these apps charged
high monthly subscription fees to users and were only removed following reporting from major media
outlets.

Apple’s claims of strong protections also likely hurt user security by giving app users a false sense of
confidence when installing apps from the App Store. Competition in app distribution would encourage
Apple and all other app stores to provide the best user experience and prevent the proliferation of malware and scams on mobile devices.

While dominant platforms argue they must maintain complete control of their app stores to protect
security, their anti-competitive practices, self-preferencing behaviors, and misaligned incentives run
directly counter to improving the security of apps in their marketplaces.

In seeking to stop Basecamp’s email app, Hey, from using alternative payment systems, Apple prevented
Basecamp from making critical bug fixes. It is clear Apple rejected these changes to ensure it continued
to receive the 30 percent commission it collects from in-app purchases in the Hey app. To reject a fix that
would have improved usability and protection for consumers for the purpose of generating more revenue
for itself clearly demonstrates how digital gatekeepers are incentivized to prioritize their profits over better products and consumer security.

In June 2018, Apple announced Screen Time, a tool to help users monitor time on their devices and parents track and limit their children’s mobile activity, as a default feature. Following the release, Apple removed or restricted the functionality of 11 of the 17 most downloaded screen time or parental control apps. Despite no issues with these apps prior to the release of their own product, Apple used the guise of user security and protection to squash competitors offering competing products that would help consumers.

Apple clearly chose revenue over products families relied on to keep their families safe and healthy.
Lawmakers should recognize and reject the inaccurate claims of security and privacy made by dominant
mobile platforms, made as a pretext to maintain top-down control of the app marketplace on their
respective platforms. As Congress works to design effective policies that foster innovation and improve
consumer choice in the digital economy, we urge you to embrace the proven role of competition in
benefiting users and security.

The Ridge Policy Group is a top government affairs firm, founded by Tom Ridge, twice-elected governor of Pennsylvania and first U.S. Secretary of Homeland Security. He serves as security advisor for the Coalition for App Fairness. 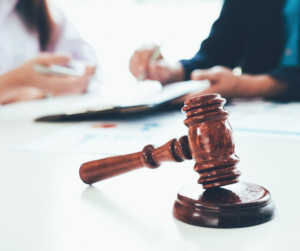 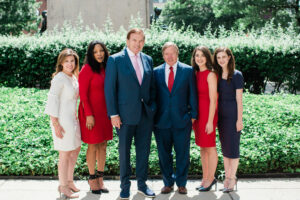 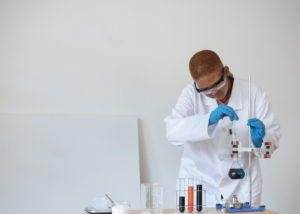