A Reunion and Celebration

Ridge Policy Group, a top DC lobbying firm, joined a group of nearly 150 friends, family, and Ridge employees this past weekend in a celebration of Governor Tom Ridge’s 77th birthday and 25th anniversary of his tenure as Pennsylvania Governor. Surrounded by familiar faces, Governors Ridge and Schweiker hosted a celebration at the Bedford Springs Resort in Bedford, PA. The action-packed weekend featured a welcome party, golf, a happy hour, and a dinner. Each event sparked reunion and reminiscing of former fun times while serving the former Governor and Secretary of Homeland Security.

News Coverage of the Weekend

The weekend was covered by Penn Line News:

Despite the circumstances that delayed the silver anniversary celebration of the start of the Ridge/Schweiker administration, there was a determination to make it happen. Schweiker said he had no intention of missing it.

“You wouldn’t miss a family reunion and I think we feel that same way about each other and I mean collectively,” Schweiker said, who entered the room near the end of the interview drawing laughs by saying, “Can I bring out the vodka?”

After sharing a fist-bump greeting with Ridge, Schweiker said, “I know Tom well enough to know he enjoys a good policy challenge and a good bottle of vodka.”

Also seated in the room were Ridge’s former chiefs of staff – Mark Holman and Mark Campbell – and a former press secretary Steve Aaron who echoed the sentiment that those who served in the Ridge Administration became like family.

“That’s not all that common,” Holman said, “Families don’t even have reunions these days.”

“It says something about him,” Campbell said, referring to Ridge. “It’s all owed to him but at the same time there is an incredible bond among all of us.”

At 6pm on Friday, festivities kicked-off with a Happy Hour hosted in one of the several luxurious ballrooms that the Bedford Springs has to offer. Here TVs ran with old ads and fun skits from the Administration, featuring Governor Ridge and many of his early employees, including founding partner of Ridge Policy Group, Mark Holman. Towards the tail end of the opening event, both RPG Partners, Mark Holman and Mark Campbell, gave a brief speech thanking everyone and went on to introduce Governor Schweiker and eventually Governor Ridge. It was a great opening and a sign of continued fun throughout the weekend.

On Saturday, attending members golfed, swam, and hiked around the beautiful facility that is the Bedford Springs Resort. Some groups joined with old friends to enjoy 18 holes on a fun and challenging course. Others took hikes of varying degrees of difficulty together and enjoyed the pools filled with spring water. This brought plenty of laughs and remembrance as former and current staff were able to kick back, relax, and enjoy each other’s company again!

Later that evening, attending members were welcomed at the front law of the venue. Happy hour was accompanied with TVs playing old pictures from the Administration. Here staff with their families were able to take in the breathtaking views of the front law and settle into the night as dinner approached.

Dinner was a fantastic spread of Barbecue. Chicken, brisket, grilled fruits, and salad were all perfectly prepared. As dinner wrapped, speakers were introduced and welcomed. To open things off, Former Secretary Crowell gave a roast-based toast to the Governor. This was met with many laughs. After that, Charles Sexton presented a bomber jacket and sergeant stripes to the Governor. To finish off the speaking, Governors Schweiker and Ridge gave brief speeches thanking and reflecting. To wrap up the night, friends, staff, and family all joined and sang happy birthday to Governor Ridge as he blew out the candles and cut the cake.

We at RPG would also like to thank the wonderful staff at the beautiful Bedford Springs Resort. Through all the ups and downs these past two years have brought, they stayed loyal and patient. They were fantastic hosts. Every single request was made and all accommodations were met. Thank you so much!

RPG was happy to celebrate the years of success led by Governor Ridge and are grateful to continue that legacy supporting clients as a leading government affairs firm. 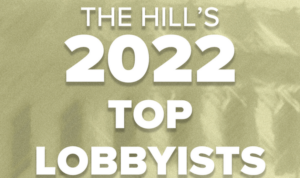